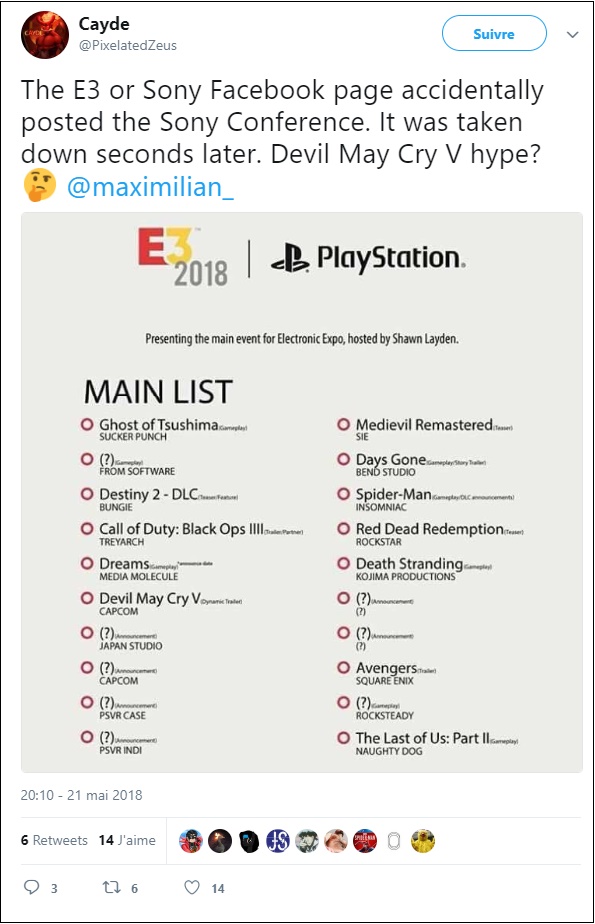 Line up Focus Home Interactive :
: play the sequel to the multi-million selling FPS Insurgency with the developers from New World Interactive, in a dedicated multiplayer session! : Shown for the very first time, see the newest entry in the farming phenomenon from GIANTS Software ã including an exciting surprise to be announced at E3! : Check out 30 minutes of never-before-seen gameplay of the hardcore Action-RPG from Deck13, with an ambitious level design and combat more brutal than ever. : Meet orphan siblings Amicia and Hugo - as well as the hordes of rats hunting them - in a new gameplay walkthrough by developers from Asobo Studio. : Lovecraft's twisted universe comes alive in an exclusive walkthrough guided by the developers from Cyanide. : Dive into the latest RPG from Spiders to discover a unique world shaped by the playerãs political diplomacy, character relationships and critical choices.

Space Hulk: Tactics will be playable for the first time in face-to-face sessions with Cyanide developers in our Public Area, alongside hands-off sessions of Necromunda: Underhive Wars with developers Rogue Factor detailing all the new features. Developers from Vostok Games, the studio behind Fear the Wolves, will also attend E3 this year to answer all your questions during exclusive interviews.
Haut

The latest Battle Royale game has been revealed: E3. It starts with 100 unannounced games and the winner is the only one that has not leaked before the event.